by The Devil & The Universe 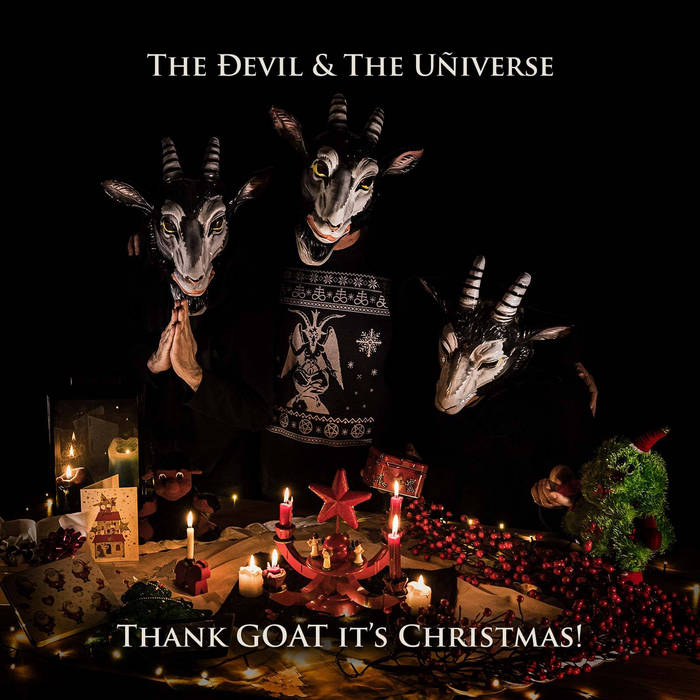 Bing Crosby & David Bowie, Frank Sinatra, the Beach Boys, Wham! and now THE DEVIL & THE UNIVERSE! The Viennese Goat Wave band, who likes to use mythologies as an aesthetic framework for their music, are releasing a Christmas record!

The Devil & The Universe is a band from Vienna, which was founded in 2013 and consists of members Ashley Dayour, David Pfister and Stefan Elsbacher. The style of the band could be described as electro-new-wave, with echoes of the soundtrack genre, ambient, neo-classical and psychedelia.

This time the group, which always uses goat figures and / or the goat god Baphomet as non-binary avatars, focuses on the pagan and contradicting aspects of Christmas. The band's primary goal is to end this strange year of crisis with a moment of utter but weird joy.

The musical Christmas collection of the Viennese band consists of traditional songs such as "Little Drummer Boy", "Silent Night" and their own compositions, such as the trilogy “The Ghost Of Christmas Past, Present and Future” or the sinister archaic Krampus invocation “Krampus Rumble”. Krampus is of course a traditional Austrian “Christmas Demon”.

TDATU is particularly pleased to work with British musician Matt Howden from the band “Sieben”, whom they have been able to win as guest vocalist on the English Christmas hymn “In the Bleak Midwinter”. They also invited Box, from “Box & The Twins” to interpret the classic Christmas tune “Little Drummer Boy”.

All pictures by Werner Nowak / stills.eraserhead.at
Artwork by Filip Trax

The Devil & The Universe Vienna, Austria

Two cards selected from the 78-piece tarot card-set as utilised by the most famous occultist of the 20th century Aleister Crowley, were behind the first step. ”The Devil” and “The Universe” were the cards pulled that would prophesize a name for a musical-magical-transcendental composition and transformation project: THE DEVIL & THE UNIVERSE. ... more

Bandcamp Daily  your guide to the world of Bandcamp